Saved by Krishna from 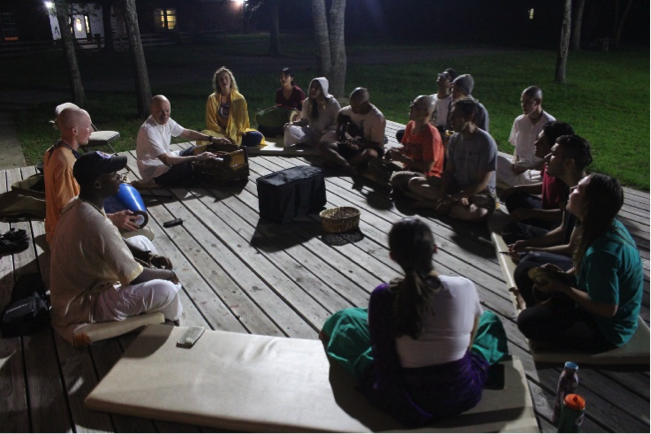 Fifteen Krishna House devotees embarked on a road trip to Texas this summer to support their friends at the new Krishna House project at ISKCON Houston’s urban farm. Little did they know that after leaving blissful Houston, they would be headed into a life-or-death situation. They were driving north from Houston to Dallas on the I-35 in three separate cars when the second car broke down for no apparent reason just outside Waxahachie. The first car was too far ahead to notice, but the third vehicle pulled over behind them. Frustrated with the breakdown, they sat in the car amidst a heavy thunderstorm and darkness while ashram leader Madhu Mangala Prabhu called the AAA and Bhaktin Jennii, sensing danger, called 911.

That’s when they found out that the danger was even worse than they had imaged. A tornado was tearing through the area and heading straight for them. Emotions were high as Tricia and Evan sang the Nrisimha prayers over and over nonstop while others debated about whether to stay in the car or get away from the highway and Max watched the incessant lightning bolts flashing across the night sky and prayed.

Hours passed and finally the first car was able to double back and rejoin the rest of the group. On the way, they saw the horrible wreckage strewn across the northbound lanes just two miles in front of where the devotees’ vehicle had broken down.

The tornado had flipped two 18 wheelers and ripped the trailers into pieces like shredded paper. Several cars had been thrown into the field next to the highway. The pile-up that ensued caused an eight-hour delay, which meant the devotees were stuck on the highway almost all night. But at least they were alive.

If the first car had been going a little slower, and if the second one had not broken down, all three vehicles full of devotees might have been thrown into that field or mangled among thrashed 18 wheelers.

Sometimes, what looks like the worst thing can turn out to be the thing that saves your life. This incident gave these new devotees strong faith that everything Krishna does is good, and that Krishna never fails in protecting His devotees. 5000 years ago in Vrindavan, Krishna saved His devotees from Trinavarta, a demon in the form of a tornado, and four months ago, outside Dallas, Texas, Krishna did the same thing again. 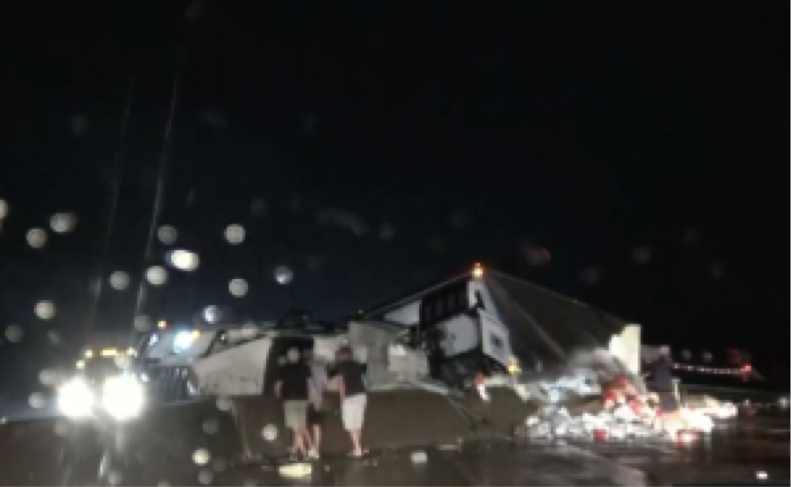